Fares - City of Corvallis (none) 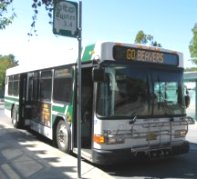 Whether your ride is a few blocks
or across town, CTS buses are
fareless to all!
Fares - City of Corvallis: "Corvallis Transit System is fareless!

Any person wishing to ride CTS or the Beaver Bus may do so without paying a fare.

Other bus systems that connect to CTS, the Philomath Connection, 99 Express and Linn-Benton Loop, still charge fares. See the Connections page for links to these systems.

CTS became fareless on February 1, 2011 because of a new Transit Operations Fee which replaced the fares. It also replaced the portion of the City’s General Fund (property taxes) previously dedicated to Transit, making those funds available for other uses such as the Library, Parks and Recreation, and the Police and Fire Departments. The Fee was adopted by the Corvallis City Council at its January 4th meeting. 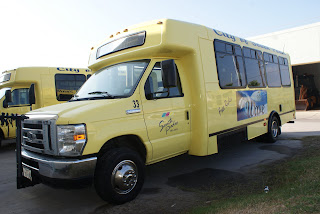 The Durango Herald 08/06/2011 | Easy and free: "Whether it's these reasons, the economy or both, one thing is clear: Usage of Durango's public transit service is up dramatically.

Since the City Council voted in 2009 to make the Main Avenue trolley free, ridership numbers have seen double-digit increases."
at 1:24 AM No comments: