Mountain Line - Zero Fare: "On January 5, 2015, Mountain Line’s fixed route and door-to-door services began operating at zero-fare. Along with the addition of a second high-frequency BOLT! Route 2 and Late Evening Service, the community partnership goal was to increase ridership at Mountain Line 45 percent within the three years of the zero-fare demonstration project — that’s an annual ridership increase of 400,000!  In 2015, Mountain Line has already added an additional 350,000 rides, with hopes of this growth continuing in 2016.

What’s important to know about zero-fare? Here are some of the more significant benefits that transit agencies across the nation have found in operating zero-fare systems :" 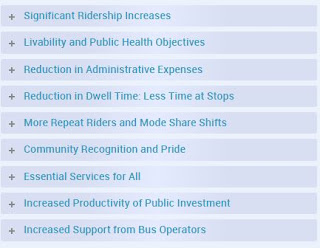