Government Spokesman Tossaporn Serirak said on Sunday the assistance measures, previously scheduled to end in March, will be extended until the end of September instead. 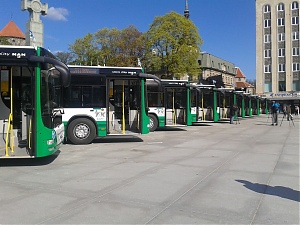 60% Tallinn residents used public transport in February :: The Baltic Course | Baltic States news & analytics: "According to the data of public surveys, in February, 60% of Tallinn's inhabitants used the public transport means motivated by possibility to go by transport for free, reports LETA, referring to Tallinn municipality."
at 4:14 AM No comments: