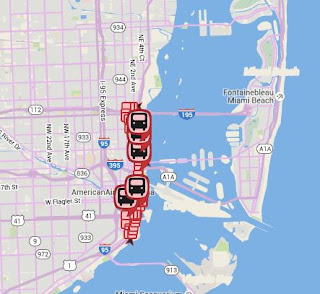 Last month, for example, the Miami city commission approved expansion of its bus shuttle system, known as a trolley service, into Wynwood, Coconut Grove and other neighborhoods.

“It’s been so successful that we are deciding to double the size of the program,” said Miami Commissioner Francis Suarez, a key South Florida transit proponent. “We have 360,000 riders a month, well beyond our initial modeling.”"
at 12:51 PM No comments: