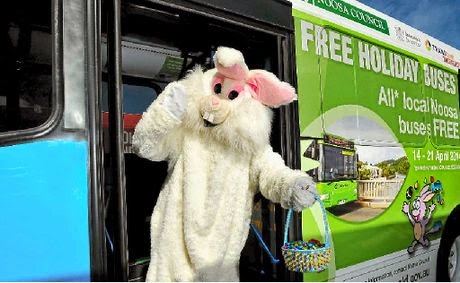 Noosa News: ""It was pleasing to see that 40% of passengers surveyed said that, if the buses were not free, they would have used a private vehicle instead," Mr Drydale said.

"This indicates that the free holiday buses program contributed to reducing congestion.

"A 97% satisfaction rate from survey respondents regarding their trip also tells us we're heading in the right direction."

Survey results showed 40% of locals said they would use public transport more in the future as a result of the program and 19% said while they rarely caught a bus at other times, this Easter they left the car behind and caught a bus instead.

Free holiday buses are funded by Noosa Council public transport levy and delivered in partnership with TransLink. The program aims to reduce traffic congestion in Noosa and encourage people to give public transport a go."
at 1:25 AM